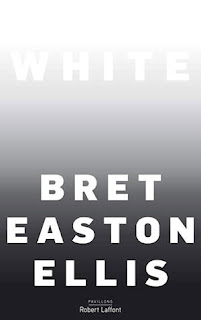 As the blog is back from the dead for a long form review, we go back to the beginning and revive the oeuvre rule. I've read Less than Zero, the Rules of Attraction, the Informers, Glamorama, Lunar Park, and Imperial Bedrooms. I read about 1/2 of American Psycho. It's problematic to read the book after seeing the movie, much of the time. I'm most interested to re-read Glamorama, because I think it might make the Best Books list. Lunar Park was read shortly before Flying Houses began and I liked it fine, I guess it was kind of original, I'd have to read it again. As far as his oeuvre goes, White is a better read overall than the Informers, but is probably weaker than everything else. BEE is something else though, the rare writer that can make me drop everything and read asap after publication. Enough ink has been spilled over this book but I need to say my part, in lieu of a Facebook post on the political landscape of 2019.

Imperial Bedrooms came out almost a decade ago, and was the sequel to Less than Zero, 25 years later. It's his longest break between books. While I don't care to comment on the creative process, I would not be surprised if the increasing centrality of the social media landscape and smartphone culture gave him a little writer's block. Or he was off writing the Canyons or hanging out with Kanye West or making ill-advised tweets. Regardless, here is White, arguably his version of Joan Didion's The White Album (which I haven't read yet, regrettably) and his commentary on being a privileged white male in 2018.

This book has gotten mostly bad press (please read the New Yorker interview, now). It's a flawed product. It is practically designed to tick you off and push your buttons. Approximately 30% of the time reading this book, I wanted to slap my forehead. Ellis could have written a better book if he didn't enjoy courting controversy. And because he pulls back the curtain and explains, for example, that even he doesn't know if Patrick Bateman really committed or just imagined committing those murders, it takes some of the mystery out of his work and unfortunately limits its scope. Thankfully, he says very little about Glamorama, so we can go on pretending that it really is his true masterpiece, even as Zero and Psycho loom essential.

And are any of his books really essential? Probably not, but they're extremely important for the young writer who wants to go hot and fast out of the gate, and as artifacts of their milieu. Sadly, really young first time novelists are probably all wussy nowadays anyways, and their art is likely pedestrian.

This is one of the overarching themes of White. While it is comprised of 8 essays, only a couple of them stay limited within its discrete subject. Most of them end up ranting about social media leftist scaremongering. And I do think it's a valid viewpoint. I've said the same thing myself multiple times. Stop trashing Trump---you're playing into his hand! BEE doesn't even go that far, because it's clear he doesn't want come off as sheepish in the least. We should attempt to define Ellis's ideal political party, so that you can decide whether you want to read a book that is going to tell you what you want to hear.

He defines himself as a moderate, but he comes off as more of a closet-republican. He thinks Bernie Sanders ideas are ridiculous and unrealistic. He didn't like Hillary Clinton (he didn't vote in 2016). He personifies Trump as Patrick Bateman's hero in American Psycho and admires him for his provocative political gamesmanship. He is an ardent supporter of gay rights and while I don't remember reading it, one presumes he also believes in a woman's right to bodily autonomy. It seems as if he is skeptical of social welfare. I don't think there are many comments (if any) on foreign relations.

What we do know is that his boyfriend is in his early-mid-30's, and a disappointed Bernie bro. He had trouble finding work after college except for unpaid internships. He may or may not be unemployed still. I am not sure what I would do if I were BEE's boyfriend but I would personally be scared of living perpetually in his shadow. And I would probably be annoyed by the way he wrote about me. Because he writes about him as if he's about 10 years younger. He's only a couple years younger than me, and I am an old millennial/young gen x-er (the way BEE is an old gen x-er/young baby boomer).

[Aside I may have made before: whatever happened to Generation Y? That's us (children of the 80s). Millennials should be Generation Z, i.e. the end of civilization as we've known it through the latter half of the 20th century, when we created these labels.]

Now I am not like him. I feel more like BEE. But this isn't about me, this is about White. Regardless, BEE writes as if all millennials have the same values, adhere to groupthink, and follow all trends like sheep.

Side note: I keep using the word "sheep" here. BEE uses the phrase "clutching their pearls" 1-2 too many times here.

Generation Wuss is something you could say 1-2 times as a joke, but to refer to Millennials as wusses is terribly reductive. Not all of us get butthurt about stupid bullshit.  Not all of us automatically assume that anything we write or create deserves to be praised. (BEE curiously suggests, in one paragraph, that they deserve respect, because they have less money and have to work harder for it, etc. His comments on that demographic are otherwise largely perjorative.)

I see I am getting sidetracked, but ultimately this book goes off on about a hundred different digressions and they end up in the same place.

He writes about some celebrities and his relationships with them: Richard Gere, Tom Cruise, Charlie Sheen, Katheryn Bigelow, Judd Nelson, David Foster Wallace, Sky Ferreira and Kanye West. The book basically ends with Kanye and it's kind of perfect.

That's basically what I wanted to say about this book: it's a flawed product, it's probably BEE's 2nd or 3rd worst book, but it's still got moments of greatness. Ultimately, what I think it aspires to be (though BEE would likely dispute this and suggest no, he's not important, he doesn't necessarily think he's right, he's just a provocateur) is a time-capsule of our era. So much of our culture is disposable. Music, film and literature are no longer driven by or contained in objects or things. Everything is digital. We do everything on our phones. Even laptops are too unwieldy. A printed book (one of the few mediums, like vinyl, to retain a foothold) is thus an artifact in the future, more easily accessible than any google-able news story. BEE must know that he is one of the last major literary icons and that his work possesses a certain gravitas that few others match (though he is no Milan Kundera or J.M. Coetzee). His subject matter is shallow, and prefigures the culture our society would assume as its own. Less Than Zero is all about the 80's and partying and music and drugs and nothing is really all that different now except the popular genres and drugs have changed. Our culture today is not an ideal breeding ground for artists. The art that will come out of these times will not take real risks because people are too worried about getting "cancelled" or not seeming "woke" enough.  Ultimately, I think these fears are unfounded. When he says, for example, that American Psycho would not be published today, I have to disagree. Granted, I know far less about the publishing world than he does, but dark, misogynistic subject matter can still be depicted, so long as the perpetrators get theirs. Maybe that's a problem, I don't know. Maybe art can be great because it inspires real conversations and disagreements.

Several rhetorical flourishes here could make for compelling performances at readings. Young people will hopefully read this book and be forced to reckon with their experiences and their attitudes towards trigger warnings and safe spaces and censorship and witch hunts. However, many of them will dismiss it because of BEE's left-baiting. Let me be clear: I AGREE that unapologetically liberal friends on social media are annoying, and do not truly consider the implications of the type of world and culture they hope to achieve through their "shaming," but I do not agree that things like the New Green Deal aren't worth discussing or trying to work towards. Maybe he would agree to that point, too. It's just that extreme viewpoints, on the left and the right, are predominating the discussions, and probably affecting the elections as much as the Russians. It's all a big bubbling soup of brainwash. We can consider the ridiculousness of Trump and denigrate his methods, but at the same time (as Dave Chappelle said) he is our president, and we're stuck with him for better or worse, so we have to try to work together. It's almost over. Talk about infrastructure. Pretend like you're not going to talk about the investigation anymore. Resist the urge to bully the bully. The U.S. won't become Nazi Germany, but a gigantic wellspring of Apple products and interconnectivity. That's not Trump's doing. What has he done, really, that wasn't orchestrated by his political party? The point BEE seems to be making here is that the whole 'they go low, we go high' thing is B-S when democrats are being just as obstructionist as Republicans were to Obama. It's like an annoying roommate that cant take a joke and says things like, if you're going to dish it out, you better be able to take it, while exhibiting a cognitive dissonance about the purpose of the apartment, or the government: bring people together, organize them effectively, so they are best-equipped to lead happy and fulfilling lives. Clearly that doesn't come from concentrating wealth amongst the top 0.1%, but it can come from charitable efforts, which (as tedious and commercialized as it became) Celebrity Apprentice at least encouraged. We all need to look past our differences and be open to the idea of friendship with people on different sides of the political spectrum, and I do not think that is a dangerous idea at all.